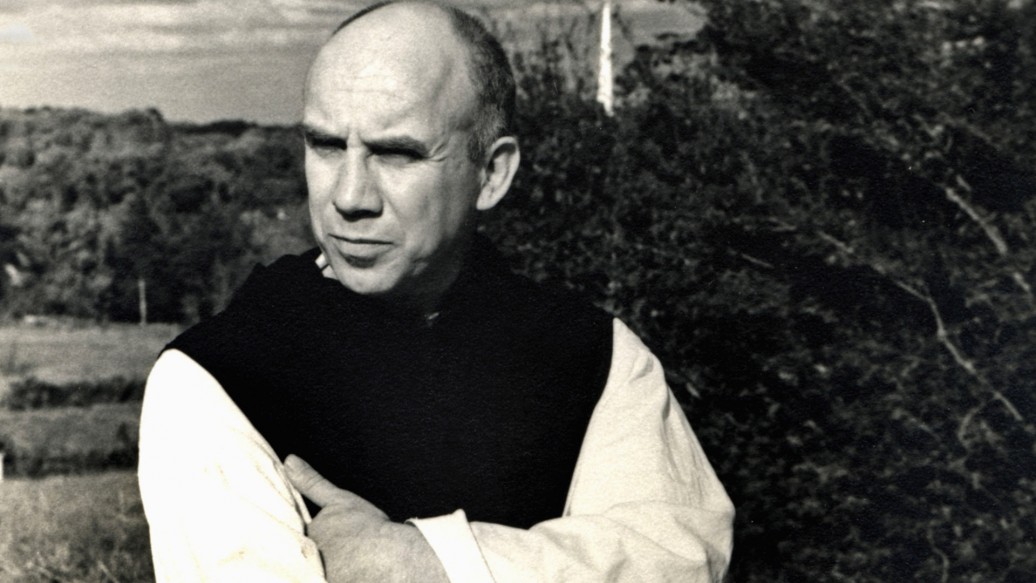 Thomas Merton (1915 – 1968) was a prolific writer, mystic, and social activist who would be 100 years old if he were alive today. He wrote over sixty books and hundreds of poems and articles on topics ranging from monastic spirituality to civil rights. In his book entitled The Monastic Journey, he describes the Basic Principles of Monastic Spirituality which was further complimented by his personal reflections of the spiritual life in No Man is an Island, which was a kind of sequel to a previous volume called Seeds of Contemplation, which in turn was later revised and enlarged as New Seeds of Contemplation.

Merton was a strong supporter of the civil rights movement and described the nonviolent aspect of the movement as “the greatest example of Christian faith in action in the social history of the United States. He also was a passionate supporter of the Peace Movement of the 1960s and in particular the nonviolent resistance of Mahatma Gandhi who was assassinated in in New Delhi in 1948. Prior to his own death in 1968, Merton reflected on the teachings of Gandhi which were expressed in several of his writings including “Gandhi: The Gentle Revolutionary” which was published in 1964. Merton’s timeless moral integrity and tireless concern for nonviolent solutions to war are eloquently expressed in several of his other writings in which he underscores the Christian elements in Gandhi’s life and writings.

Merton’s most renowned book is his autobiography—The Seven Storey Mountain which has been met with a great deal of public interest. He reflects on his quest for faith in God prior to his conversion to Roman Catholicism at age 23 which he also compared to St. Augustine’s conversion as noted in his autobiography known as the Confessions. He finished the book at age 31 and it was published in 1948 nearly seven years after he entered The Abbey of Our Lady of Gethsemani, a monastery of the Order of Cistercians of the Strict Observance (also known as the Trappists) in rural Kentucky. His autobiography was followed by several other writings that soon revealed his whole life (see Thomas Merton: A Life in Letters edited by Willam H. Shannon and Christian M. Bochen. So inspiring were these writings, Trappist monasteries experienced a surge of men seeking a similar life.

Lectures of a Guilty Bystander

A Book of Hours

Merton: Mystic at the Center of America

The Seven Mountains of Thomas Merton