Senses and Census: Creating a Sense of, and Solutions for, Social Justice 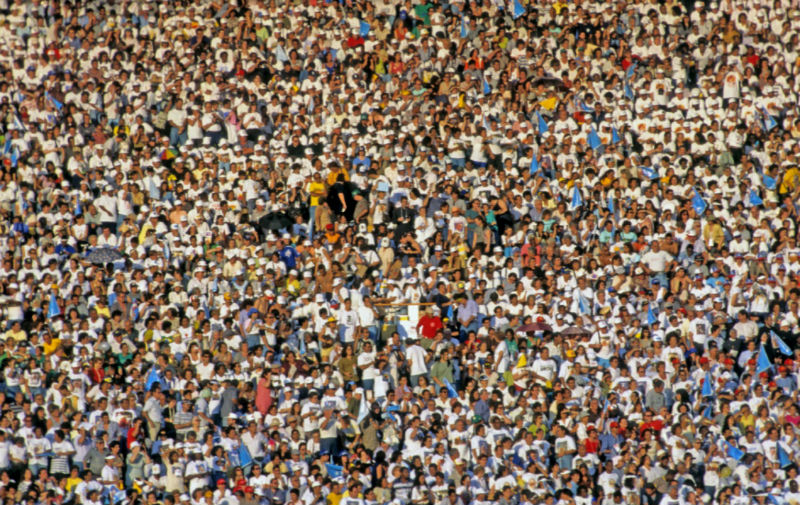 Our senses often allow us to grasp and understand our surroundings if we allow it. Through our senses, we receive information about our external everyday world. Such information often helps provide daily reasons or purposes for our actions including moral discernment. We formulate opinions and seek consensus when we engage others in light of our perceptions or impressions and engage theirs, especially if we value unity and community.

A census can do the same if we allow it. For example, the United States Census Bureau conducts a Decennial census. Thus, every ten years, data is collected that includes demographic, housing, income, and social detailed information. Once the data is made public, cross-tabulations are included. These data were previously collected only in census years in conjunction with the decennial census. During Census 2000, the Census Bureau asked for this detailed information from one in every six addresses. Beginning in 2005, however, detailed information is collected from the same number of addresses annually through the American Community Survey administered by the Census Bureau.

Thus, you can find detailed information for a given number of persons including yourself if you happen to live in the designated area you are researching. The range of information is provided by the Census Bureau through the following link:http://www.census.gov/acs/www/about/why-we-ask-each-question and includes housing tenure and conditions, income and poverty, health, educational attainment, welfare assistance, grandparents as caregivers, disabilities, and more.

Creating a sense of justice may stem from realizing how many people live in poverty, poor housing conditions, without health insurance, etc. Solutions to these issues often stem from these realizations as a result of applying your senses to census. Therefore, locating social programs within neighborhoods that have the need for the social services is expedient.

Attempts to provide programs that meet a given need are generally sponsored and operated by local government and nonprofit organizations. However, attempts by the private sector including faith community groups often tend to focus on emergency assistance such as food distribution programs.

Congregations frequently help their surrounding neighborhood through food distribution programs. A close look at the detailed information provided by census data for the neighborhood can reveal the need for other types of resources and programs. Detailed information can also be compared over time. Thus, resources for youth may be a greater need if youth numbers are increasing. If youth numbers are significantly decreasing and residents are growing older, then resources and programs for seniors may make better sense. Noting household and family size would also be helpful.

Not all countries conduct a census, let alone every 10 years. Some countries encourage them and others do not. Some gather information by registering people and others go door-to-door. For some countries turmoil and upheaval make it an impossible task.

I am adjunct faculty at Fuller Theological Seminary and during the Winter quarter I taught my urbanstudies class. Each student had to identify a neighborhood and a social issue within the neighborhood and had to describe how they were going to solve the issue in their final paper. They had to use census data to help identify the issue and use it to help formulate a solution.

There were plenty of international students who focused on a neighborhood within their country and census data was not always available. However, they had to use some appropriate source of data and they did. Those from African countries found data regarding HIV/AIDS to help end stigma and discrimination so that more infected people would access HIV medication and live longer. Another found data to help identify the resources needed to help internally displaced persons (primarily Christians fleeing Boko Haram) relocate safely. A couple of others focused on educational issues and drug abuse in Hong Kong among immigrant populations. They also found sources of data.

Integrating our senses and census (information) to create a sense of, and solutions for, social issues creates a spiritual component to extracting data. Extricating data allows us to see and comprehend things that we have not fully seen nor understood before. Making a connection between a problem and a solution brings about a sense of revelation, particularly if we are earnest in seeking divine help because of a belief that God is active in the world. This connection may be followed by a sense of conviction that you are on the right path while open to seeing, understanding, and having more revealed to you because God is present (incarnational) in the world, that God cares (providential) about the world, and that God communicates (revelational) with the world.