FrankyJames relies heavily upon the figure as a primary icon in his compositions, choosing to work in a narrative style that combines many elements of human activities and thoughts. He has effectively combined two tendencies, external and internal, to create works of compelling psychological dimensions. While using his power of imagination, he brings to his art work a spiritual quality that connects with his viewers. 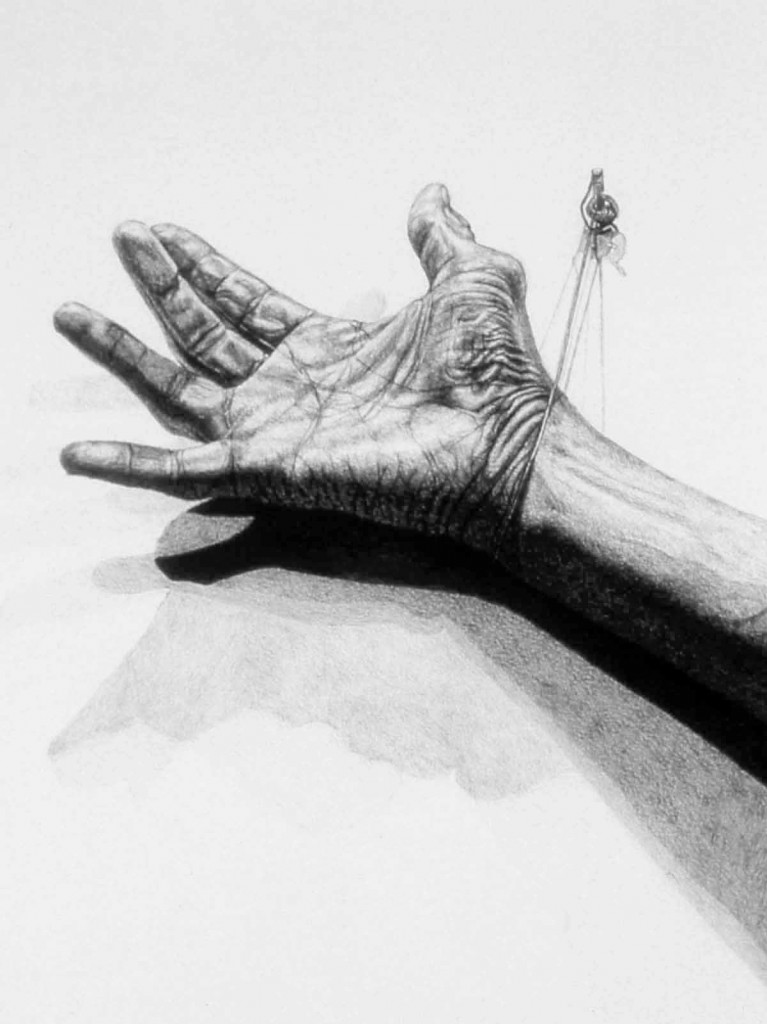 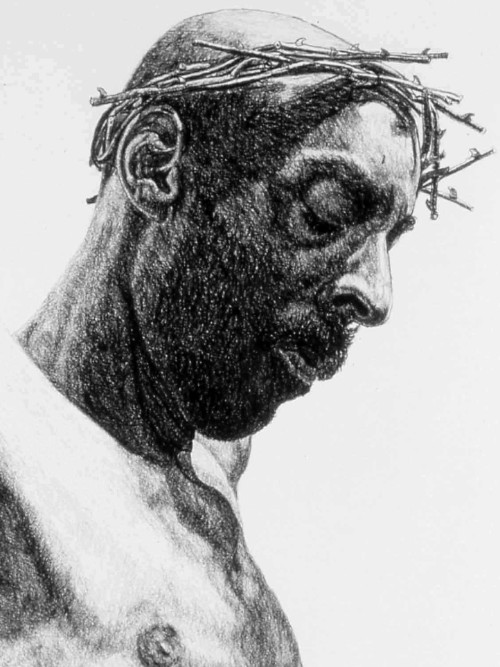 “The Hand That Gave”

His Mini Strokes series started when he was going through significant health problems. “Due to some physical limitations, I was forced to work smaller and in a new direction. I discovered a new way of painting that gave me more freedom and flexibility, without boundaries. From 2012 through 2013, I created more than 150 paintings in the Mini Strokes series, mostly done on corrugated cardboard on rag mat board with enamel paint.”

FrankyJames also discovered that “Working with this medium has allowed me to have a closer connection and emotional communication with my painted forms. Through careful understanding of the media that I work with, the forms are built up slowly, with close attention to fine details. My primary focus is on paint’s fluidity and the motion and growth it conveys when solidified. I allow my works to form organically, specifically addressing viewers intimately and spiritually.

You can discover FrankyJames, if you haven’t already, at
http://www.frankeyjames.com/

FrankyJames recently joined the Society of Urban Monks. He is an accomplished artist who has had several solo and group exhibitions and received various awards for his work. There are several publications that have featured, highlighted, and/or described his teachings as an instructor and lecturer. His work which has been influenced by several artists and mentors that include William Walker; Yee Jan Bao; Jan Stussy; William Brice; John Walker; and, of course, my wife, Rebecca Rubalcava Williams. “These artists have affected my work through their technical skills, their subject matter, and their use and understanding of the power of the imagination. However, what I like most about their work is the spiritual quality. They have helped me to go beyond the usual parameters established by art history. This has allowed me to stay on the edge in my creative processes, giving me the freedom to discover my own identity as an artist. With the full support of my wife, Rebecca, I am able to stay focused and true to myself.”